As we were looking at the school calendar this year, we noticed that in October, between a Jewish holiday on a Wednesday and Columbus Day on Monday, we could take a 6 day vacation while only missing two days of school. After our trip to Europe, we (or at least I!) have totally caught the travel bug and feel like we've opened up a whole world of possibilities for traveling with the kids. We wanted to keep the European vibe going after how much the kids enjoyed Paris and Florence, and decided to make it a road trip north to Canada.

Zach and I had visited both Montreal (on our "mini-moon" after our wedding) and Quebec City (on a November long weekend before kids) and knew that they would be fun destinations with the whole family. 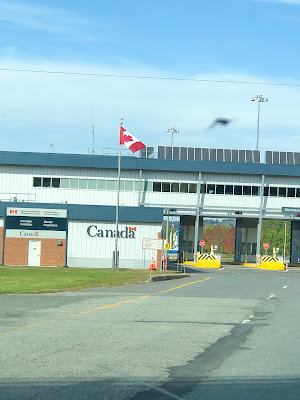 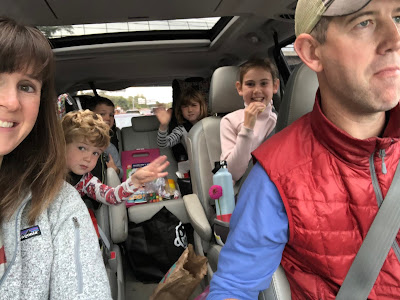 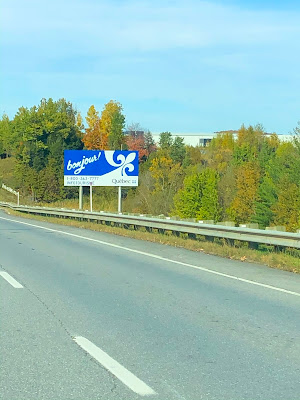 Packing
Layers, layers, layers! The weather forecast fluctuated a lot in the week before we left. We packed rain boots and coats for everyone because at one point, it looked like the entire trip was going to be a wet one. We never needed them - thank goodness! It was chilly in the mornings and evenings (40s), but warmed up to the low-mid 60s many afternoons, which with the sun, felt quite balmy. We wore and shed many layers throughout the day. We had hats and gloves, but didn’t need them as much as we would have predicted, and the kids got down to t-shirts a few days after some running around. The cities were both pretty casual and while we brought some “handsome clothes”, we prioritized comfort and harmony over wrestling Ryan into said handsome clothes most days. 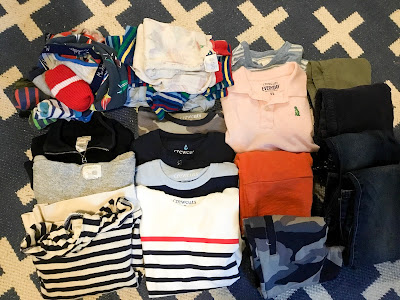 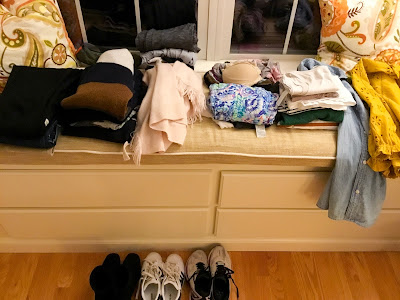 Lodging
This was our first experience doing Airbnb and it was great! There were pros and cons to our specific apartment, but the experience was seamless and we always prefer having a little more space and kitchen amenities. We stayed in a suite-style hotel in Montreal though, and that was great too. 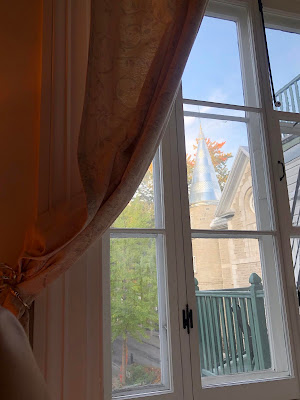 In Quebec City, we stayed in an Airbnb in Old Quebec City. The location was amazing. We walked everywhere and were right in the heart of the old city. Parking was not ideal - we knew it was off site, but did not realize how small the parking garages would be. The minivan just fit, and we would have had a problem if we had brought my Infiniti. Our Airbnb host was responsive and provided clear, easy to follow instructions.

The apartment was a 2-bedroom, 1-bathroom with kitchen and laundry (neither of which we took advantage of in our 2 night stay). We put the kids in one bedroom, which had the laundry room adjoining, where we set up Henry’s travel crib. The downside to the apartment was that the master bedroom did not have a full wall - it was one of those setups where the wall ended about 2 feet short of the ceiling. Unfortunately since the kids like the hallway light on to sleep, it meant it was basically broad daylight in our room all night. We also didn’t do melatonin at bedtime, which we usually do on the first night of a trip, and I totally regret it. The kids were wound up (even though no one slept a wink the entire drive) and had a really hard time settling down. We switched things around the second night, keeping Henry in his “laundry room” and moving the kids to the master so we could have the regular bedroom with walls, and everything was much, much better.

In Montreal, we stayed in a hotel in the downtown area. It was so family friendly! We were blown away when we checked in and they offered the kids a welcome gift - they rolled out a full size wagon, overflowing with toys, and let each of the kids choose something. They weren’t anything fancy - Nettie got a pack of 12 glow necklaces, Erin got a PlayDoh set, Henry chose a cement mixer (of course), and Ryan picked some sort of ninja guys. But it made such an impact - they were thrilled and it gave us all some much needed normalcy and down time to chill out and play with toys in the room for a bit. We had a family suite, which had a kitchen, living room with sofa bed, a full bedroom, and an alcove area with another bed. We took the bedroom, put Henry’s crib in the entry way area, and rotated each night with one big kid in the sofa bed and two more in the alcove bed.

This was a totally doable itinerary for an extra long weekend. It was a really good decision to do the longest drive on the first day. We had toyed with going to Montreal first since it’s closer, but are really glad we drove all the way to Quebec instead. It was helpful to be able to tell the kids when we arrived that the longest drive was behind us, and it was nice to know that we were making our way closer to home the rest of the trip.

I admit, I’m not a big road trip fan. Zach would prefer to drive everywhere over flying, and I just don’t love spending that much time in the car. But it was totally fine and now we know the kids can handle it. We relied heavily on technology, especially on the first leg of the trip - I think the kids watched 3 movies on the way up to QC. But we dialed that back a bit on the way home and leaned on a few new car activities that we had purchased for the trip, and that worked out fine too. 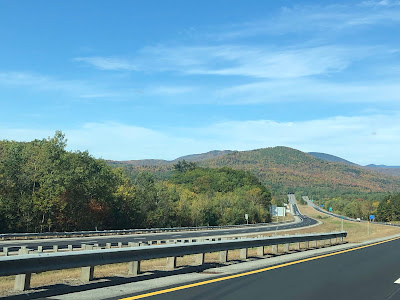 We stopped at Flume Gorge on the drive up, which was about 2-2.5 hours into the 7ish hour drive. It almost felt too early to stop, and we spent about an hour there, which felt too long. But we loved it and would totally recommend. It felt like more of a “destination”, and part of the trip, rather than just another rest stop for food and bathrooms. Totally worth it. 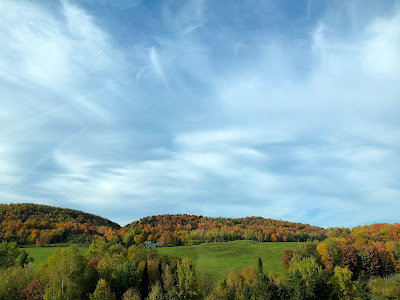 Phones work in Canada, and we relied on them a lot for navigation. We only turned our phones on once in Paris and a handful of times in Italy, but we found maps a little harder to use in QC (construction road closures didn’t help our cause), so the GPS came in handy. 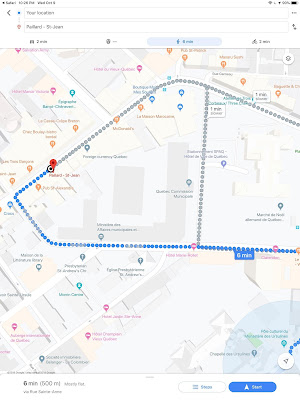 Never, ever bring only one scooter again!! I think 90% of the arguments on this trip were caused by the fact that we opted against a stroller and instead brought one scooter for Henry. Big mistake!! Either he was still tired and could have used a stroller (we did walk 8+ miles every day…), or the big kids were angling for turns on said scooter and Henry didn’t want to share. Either way, someone was basically always mad about it. Next time, I would bring a stroller along, and either bring 4 scooters or none. Lesson learned.

I might flip flop our time and spend 3 nights in QC and 2 nights in Montreal, but it’s hard to say. We loved QC - it had that very European, old city feel, and we loved wandering the streets, popping into the shops, and exploring the walls and landmarks. Montreal also felt very French (maybe even more so?) but very modern - I think it was Erin who said it reminded her of NYC. There was a ton to do there, which is how we initially decided to spend 3 nights, but it felt more like things we would do at home in Boston - science museum, etc. It’s hard to say - there were things we would have liked to do in each city that we ran out of time for, so both have tons of options and resources. Just two very different feels.

I will share more photos and details of our highlights and activities in each city separately, but would highly recommend this trip! It was a lot of driving, but doable, and an awesome way to have a very European experience just a few hours from home.
at October 19, 2019